9 Tips to Consider While Upgrading your Solar Panel System

Why My Solar Panels Have Lost Efficiency? —14 Reasons Behind It!

Solar panels are efficient in generating electrical energy but due to some reasons, it might be possible for them to lose efficiency with time. If you have noticed your solar panel systems not generating electricity to that extent that they used to in their first few years, they certainly have lost certain efficiency. As the electrical energy reaching your appliance comes through many stages, ultimately being sunlight in the start.

The solar panel systems in 2021 have become that advanced to encounter all the energy requirements, on their own—but due to these enlisted reasons, they can face loss in the efficiency ratio. The reasons can be;

The scripture over the solar panels about the conversion efficiency may get you attracted towards buying the panels—for instance, monocrystalline plates having 15% to 18% efficiency would be sufficient to encounter energy requirements, but losing down the efficiency ratio from 1% to 2% can affect the household usage.

Let’s say, till the noontime, a solar panel of 1m2 receives sunlight energy of 1000 watts, but the efficiency of the panel is 15% and converts 150 watts of energy into the electrical DC energy, now the remaining 850 watts is reflected or lost in the form of heat. This loss during the conversion affects the ratio of total usable energy in the applicable senses. Now, further decrease in this conversion ratio affects, likewise. This decrease can have a few factors;

The dirt on the solar plates acts as an obstacle to the dissipation of solar light ultimately causing a lower ratio of energy being converted. Not cleaning the solar plates timely let the dust and grime gather over the plates. Unclean solar plates face efficiency loss over time up to 0.25%.

The module nameplate rating is referred according to the standard testing conditions that are; 1000 W/m2 at 25o Celsius—when the panels are installed in the environmental condition, efficiency loss can occur due to the climate, temperature, wind, grime, dirt, and other exposure factors. The solar panel manufacturers of this time do take account of elements that can affect the solar panel efficiency in a real environment while providing a dedicated efficiency rating.

On the other hand, the older solar panels with nameplate ratings according to Standard Test Condition might have to face efficiency loss. This could be because of not binning modules with 5W to 10W increments. Thus, if you see an efficiency tag of “250W +/- 2.5W”, then, already keep in mind to have efficiency loss of 1% (2.5/250) in any case.

While installing the solar panel system, one might take account of shades over the plates that can come during any time of the day. Due to some reasons like;

Check, whether there is been construction in your neighborhood—that apparently might seem to affect the solar energy conversion, but at a particular time, check if they are shading the plates. If there are trees around your plates, make sure to timely trim them enough to avoid shading at any time of the day. For solar solution, you can consult the help of from specialists as; Maxpower.

The light-induced degradation causes the efficiency loss in the solar panel system—the process generally has the same interpretation as the price decreases of the new car when you drive it off the lot, the same way, the solar panel losses efficiency ratio in their first few hours working. This occurs due to the process called light-induced degradation (LID).

What is Light-Induced Degradation & how it affects solar panel efficiency?

When the solar panel systems are operated initially, the boron coating over the solar panels oxidizes and this oxidized boron coating partially clouds the panels. This obstruction causes a lowering of efficiency over 1 to 3 percent. The good side is that it doesn’t progress beyond this point and the latest technologies have overcome this drawback to a greater extent. To read more about how light-induced degradation affects the working efficiency of solar plates, CLICK HERE.

See Also: Which Solar Plate Type is Better—Monocrystalline or Polycrystalline?

During the Chemical Conversion (Batteries)

The electricity is produced in the solar plates, in the form of DC, now it travels ultimately in two directions, one for the consumption, and the other to be stored in the batteries. During the daytime, typically, there is no dependence on the batteries—but during the night or cloudy climate, when there is merely solar energy production, the energy is dependent on the solar battery efficiency.

There can be various certain reasons that can ultimately affect the working efficiency of the solar batteries—they are;

If the solar inverter is throwing amps that are too high for the battery, this would charge the battery quickly, satisfying the user or charge controller to put the charging off—but ultimately, having not enough power in the battery to back up.

Mixing a Different Kind of Batteries

Differences between the voltages of the solar batteries can cause the same early charging discrepancy—ultimately, causing the battery to lose efficiency. To avoid this, install compatible battery packs with solar experts’ guidance.

Not Keeping the Batteries in Suitable Temperature

Unlike the solar panels, the solar batteries are likewise affected by high temperatures—keeping them at a temperature above 95°F will cause internal discharge ultimately resulting in battery drain.

For an off-grid solar panel system, if a blackout occurs then the power needed for the startup of the system is drawn from the batteries. Using a deep cycle battery for a start-up can cause them damage, as they are not intended for powerful bursts.

As the solar plates generate the energy in the form of DC electrical energy, this energy is not usable in this form—for them to be used viably, they are needed to be converted in the form of AC electrical energy. The solar inverter is responsible for this task, it takes in the DC energy from the plate and converts it into AC. During this conversion, it is possible to face conversion losses.

Typically, the efficiency ratio of solar inverters ranges from 95% to 99%. The efficiency is affected by some compatibility and load factors. It can drop if the input power or any parameters are not set. Installing high-efficiency-based MPPT modules of the solar inverters will help in the proper conversion of DC energy to AC energy.

See Also: How to Buy the Best Solar Inverter for Residential Use

In Wires During Transfer

The wiring between different components might face any leakage and in case of that, this causes loss of efficiency. The latest PV system models are integrated to notify major leaks, likewise shutting down the power in case of any imminent damage. The common causes for the leakage are;

Even, if the wires used are of average quality and they have no leakage, then there would be no transfer loss—it only occurs in case of wires being out circuited to any earthing or conducting material. For a better understanding of wiring, go here.

Thus, the solar modules can have efficiency loss in any of the above cases, and they can be;

How can I minimize the mismatch loss in the solar panel system?

The mismatch generally occurs due to not so adequate knowledge of modules being installed in the PV system. To ensure proper compatibility, consulting solar experts like Maxpower, will help ultimately. At Maxpower, we will let you minimize the efficiency loss to guarantee maximum energy production. Here are some useful links to our help;

It may sound not so obvious but the higher the temperature gets from a certain optimum point; the solar panels start to lose their efficiency ratios. Even, this can affect solar efficiency in the long run. This is interpreted as; hotter a solar cell gets, the less efficient they become. To understand the technical jargon behind this factor, you can go here.

If you have certainly noticed high-temperature climate in your area, then installing overheat controllers, heat syncs, and watering the panel now & then will help.

The PERC polycrystalline modules are highly efficient modules, but with time, they can face efficiency loss. Other module’s as; monocrystalline, and thin film, likewise wear out with the passage of time. The differential aging is due to the natural consequential effect of elements.

With time, the solar panel losses efficiency being exposed to natural elements, according to the National Renewable Energy Laboratory (NREL), solar panels lose an efficiency ratio ranging from 0.25% to 0.8% of their total capacity of solar energy production every year.

Due to the Position

The recent change in orientation might have caused the solar panels to receive a lesser amount of sunlight—solar panels not receiving sunlight at any time of day for even half-hour can have their efficiency be affected because of it. Check properly, if there’s shading because of tilt, orientation, or recent change in position. The amount of time decrease for the sunlight reception is directly proportional to the loss of solar energy production.

What does solar efficiency mean?

The ground physics holds the cause for it—but to put this all in a nutshell, the rise in temperature reduces the bandgap of semiconductor material. (The bandgap is the energy required for electrons to set in a free state) The reduction in bandgap with high temperature causes the increased energy of the electrons in the material, as lower energy is required to break the bond. 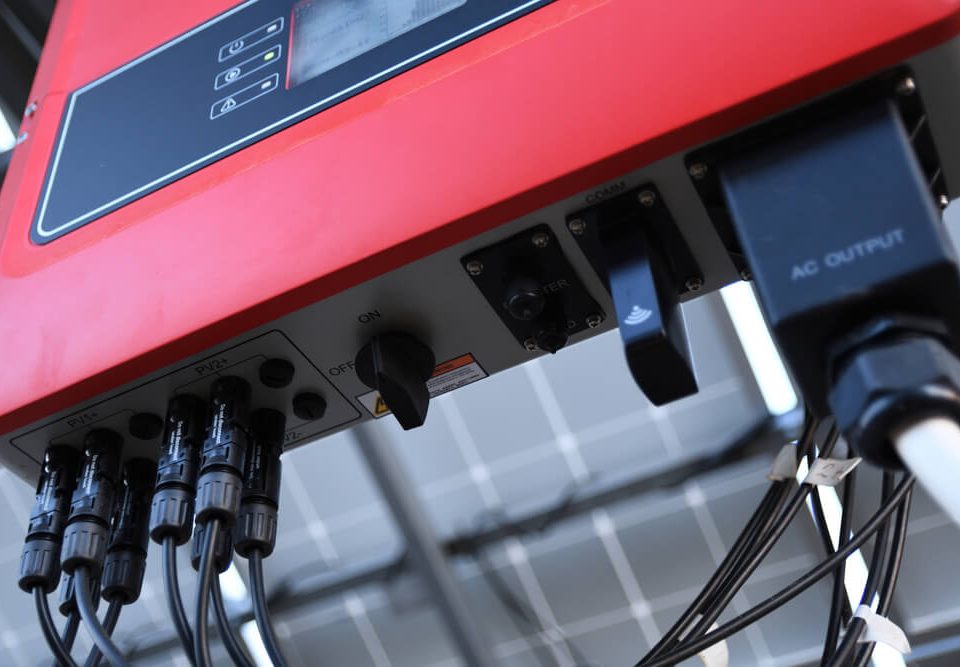 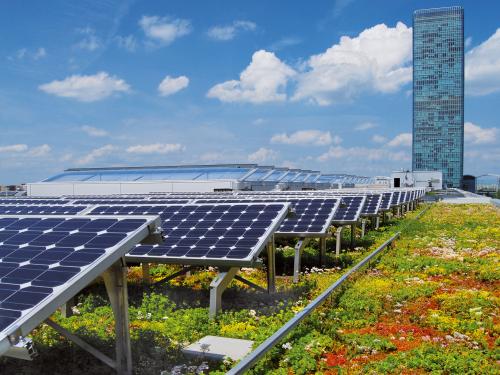 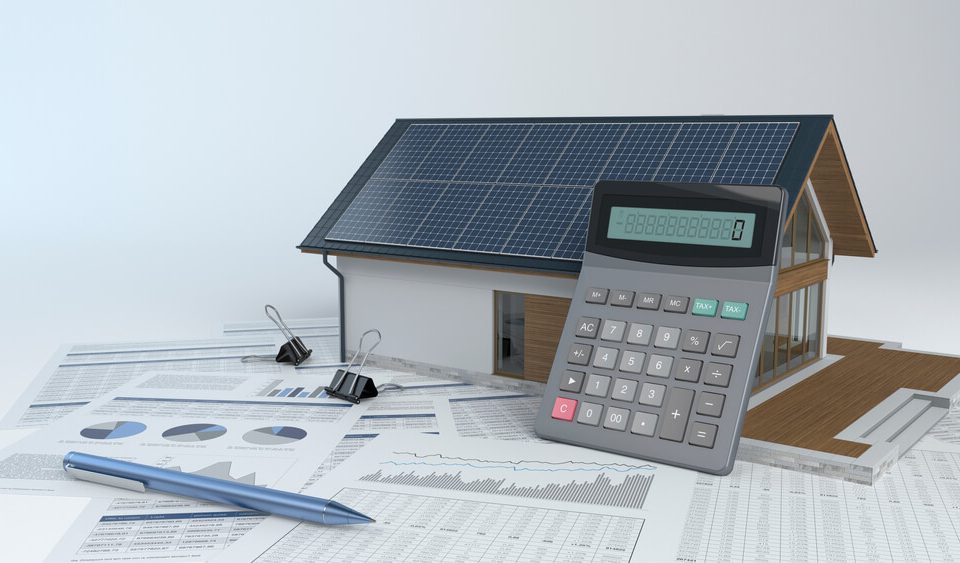